Today I am exploring the South shore of Iceland. “Please buckle your up your seat belt the whole tour. We’ve got winter out there, and it’s the law in Iceland.”

If you are going in winter time an want to see the Northern Lights, just book one tour because they may end up being canceled due to weather. You can reschedule and keep trying for free, so keep trying.

I rode past Eyjafjallajokull, the volcano whose eruption shutdown flights around Europe in 2010 and put Iceland on the media map.

I gots my snacks! I have my dried fishies, paprika pringles, sparkling water, and some kind of candy. I will have a more balanced meal for lunch later.

I stopped at Skogafoss waterfall. “Foss” means waterfall. “Jokull” means glacier. I got really close to the waterfall, but any step closer would be shower time. It would be refreshing on a hot day, but as seen in today’s pictures, it was not a hot day. I played around in the snow and there were some slippery ice spots so I did some “skating.” It is much easier to ice skate with ice skates, not hiking boots, but I still didn’t fall!

The bus had to stop for a bit because the wind was so strong, it couldn’t get around the curve until the wind died down. Welcome to Icelandic winter. The weather gets worse the farther east you go (fjords). The wind, just like any other weather in Iceland, lasted only a few minutes.

Black Beach in Vik is not the kind of beach you want to be near. Some time ago, a woman died, but it is fairly typical for issues to occur. The waves are extremely strong and come high up on the shore, easily dragging out unsuspecting visitors.

Warnings from anyone who visits this beach:

“Do not go near the water. Do not turn your back on the sea. The wind is very strong, the waves are strong. It will take you and drown you. If you are so unlucky, there will be no rescue.”

My face. I can’t feel me face. It is so windy it stings when snow hits your face and the wind pushes you. It pushed me over last night but I dug my feet into the sand for stability. The wind works on the same team as the water, searching for its next human meal to engulf.

I hiked to Solheilmajokull glacier, which is blue when not covered in snow. This is the glacier I will be climbing either tomorrow or the next day. I forget my plans already. I just look at what time the bus arrives, set my alarm accordingly, and the day’s adventures will be a surprise.

Apparently phones can die due to the cold. My phone has overheated and turned off before when I did my 5.5 hour drives in summer, 2015, to and from Northern and Southern California without working air conditioning. Good to know it doesn’t like extreme weather on either end of the spectrum.

Someone is putting eye drops in on the bus while going over a bumpy road. That is a little unnerving, but that is quite a talent!

I am attempting to see the northern lights again. Curse the full moon. Even when the sky isn’t cloudy or windy, the light from the full moon affects the Northern Light visibility too.

Fun fact: At Skogafoss waterfall, it is said that a Viking had a box of silver that he had two people hide in it. He killed them to ensure their secrecy. Unfortunately he killed them before having them tell him where exactly they put it, so even he didn’t have access to it. That was poor planning dude. Semi recently, the chest was found but when people tried to pull it out of the water, the handle broke off. The handle is in a nearby church.

“It takes five beers to become a poet, and ten to become a Viking.” I will become a viking on this trip. There was an old Viking village that had houses and a church from way back when. The buildings were so small, even I almost had to duck! 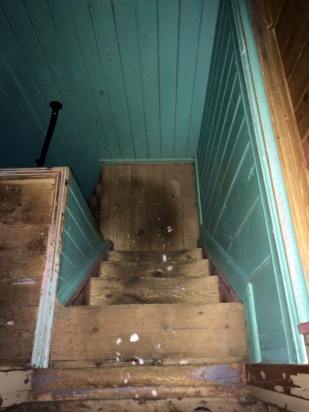 Iceland uses nothing but clean energy. All the electricity comes from waterfalls, and they only use a small amount of the energy produced.

My phone charger decided to stop working completely. The hostel gave me one to borrow until I am done using it. I may or may not have accidentally taken it home with me, and my phone may or may not be plugged into it right now.